An Epicure For All That Ails Your Dinner 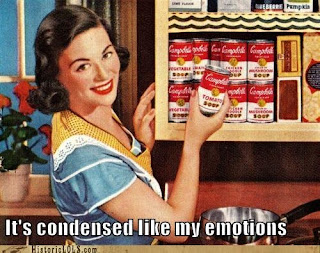 I talk a lot about Celiac baking. Mainly because I have a rabid addiction to sugar. I don't talk as much about Celiac cooking. Why? Well, I don't hate cooking if that's what you are thinking. I don't hate it like I hate Nickelback or aphids, but, most days, cooking is not my favorite past time. "Time" being the key word here. I never have enough time. I enjoy cooking on Sunday's when I have the whole day to defrost, prep and create. I do not enjoy the panicked rush of throwing something together at 4:30pm while the kids are hangry, the house is a mess, and the dog wants to play. Having Celiac disease takes a lot of convenience foods off the table, literally. I remember with wistful nostalgia, throwing together a hamburger helper or tossing a can of cream of mushroom soup on some chicken and having a perfectly good meal thirty minutes later. No such luck these days. Want to just bake up a frozen lasagna? Your Celiac Disease laughs at your misfortune. The majority of pre-packaged, pre-made meals at the grocery store contain an astounding amount of the evil gluten.

This leaves me stuck for finding ways to avoid dinners that are flavorless, boring, repetitions of yesterday. Wanna know what I figured out because I am wicked smart and lazy?

Yup, Epicure. Those little octagon (hexagon? I don't know, I'll count them later) shaped jars in pantries with cute little labels. If you are a female and over the age of twenty, you have been invited to an Epicure party. You have also been invited to a tupperware party, a candle party, a jewelry party and a sex toy party. If you haven't been invited to these things, you're a loser, but a lucky one I assure you. Most of these parties feature a bright-eyed, over caffeinated, stay-at-home mom who is desperately trying to break out of the endless monotony of repeating herself a thousand times a day and picking lego pieces out from between her toes. Most products at these parties are over priced and wildly unnecessary. But hey, if you've got an extra eighty bucks and a desire for bamboo infused under-eye gel, have at it.

At these parties, I usually just drink all the wine, don't buy anything, and pinkie swear that I'll call to book my own party with no intention of doing so. Hostess gifts can suck it.

But when I attended an Epicure party, I perked right up when I heard "It's all Gluten Free".

Oh you heard me. Every single thing that Epicure sells is Gluten Free. Now, those of you that don't have Celiac Disease may say, "Uhhhh Laurie, it's just spices, spices aren't made with flour dummy!" To which I say, "Read some labels you illiterate, know-it-all dick." A LOT of spices on the spice rack say "may contain wheat." Why? Well because these companies make more than just that one product and they make them all on the same machinery, so there is a chance of cross contamination. So the company has to put "may contain" on it. May contain means no food for your Celiac belly.

But Epicure has made everything Gluten Free which makes me deliriously happy. They have tonnes of different spice combos like Pasta and Thai that you can just add to your pot to make it seem like you spent hours mixing and infusing flavors like a real grown up.

My favorite items are a constant presence in my pantry and they make the ominous, end of day dinner hour far easier. Don't get me wrong, the house is still a mess, the kids are still fighting and I'm still a crazy, swearing, harpy, but at least dinner is done and it tastes good.

Here are a list of my fave Epicure items. Click HERE to shop for them and other cool stuff.


Poultry (just throw on the chicken and bake)

Herb and Garlic (we put this shit on everything, eggs, chicken, soups, fish)

Lemon Dilly (fish, chicken, lemon pasta or mix with mayo and sour cream for a dip)

The broth mixes (beef and chicken)

Pulled Pork (comes in a pouch, throw it in the slow cooker in the morning and be done)

Mac and Cheese (made it with gf pasta for the family, ate it all myself out of the pot like a savage)

Pumpkin (for pies and pumpkin bread)

Taco (so good and cheaper than the little packages)

They have recipes on their website to help you whip up everything from Curry to Pad Thai and it's all really great. A fave in our house is the Lemon Dilly Chicken recipe.

Small side note, Epicure has also reduced the amount of salt in all their products. This is great if you are trying to cut salt from your diet, but I am slowly trying to murder my husband for the insurance money, so I always add salt to the dishes.

So, check out Epicure. Find someone near you who sells it and get shopping. You don't necessarily have to host a party, I don't think,you just have to find a representative.WARNING: they may try to pressure you into hosting a party by using Salem Witch Trial torture tactics. Stay strong sister, stay strong.

SUPER off topic squirrel moment here. My friend Kris sent me a video of a Basset Hound farting because he thought I would find it funny and it seemed like a caption that one might find on my blog. I could not agree more. However, I, although a good writer, could not find a way to incorporate a video of a farting Basset Hound into a blog. So I'm just putting it HERE for shits and giggles.

Posted by Laurie Lyons at 08:49 No comments:

I WILL BE DOING A TALK (AKA RANT) AT THE EDMONTON GLUTEN FREE FESTIVAL ON JUNE 10TH. GET YOUR TICKETS NOW! 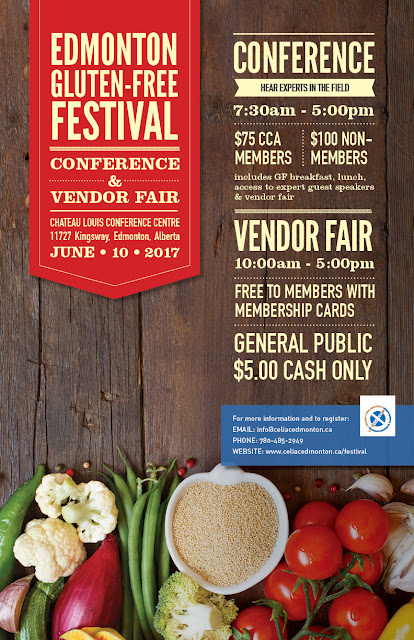