It's all about the legs.

Today is a special day in Calgary. It's hangover day. Today is the day AFTER the Greatest Outdoor Show on Earth and the entire city curls up in a ball and watches reruns of Full House on their couch. Today is a day of recovery. The carnies are putting the rides back on a truck, the cowboys are loading up the cattle and the steers, that guy in the horrible jacket is packing up the superdogs, rock stars are loading their trailers and the food trucks are heading down Macleod Trail.

Our entire city needs a Gatorade, a poop and a nice long nap.

This year more than others because the Stampede was OFF THE CHAIN for 2012. With record temperatures combined with record attendance, amazing shows and bigger and better rides The Calgary Stampede brought in their 100 Year Birthday with a bang.


As promised, I searched out all the GF food on the grounds which there was more than in previous years BUT with the amount of food availiable, it still seemed kinda lame. It was like being granted one wish from a Genie only to see that everyone else in the world got fifty wishes. I'm not kidding here people. To give you an idea, I took some pictures of all the places I COULD NOT eat at. To be honest, I am not all that upset about some of them.

Now – I did go and visit the GF places on the grounds. I went to the Mexican place that promised Gluten free food. The lady who was serving me didn’t know what I was talking about. How do I know this? She looked at me and said, “I don’t know what you are talking about.” So I didn’t eat there.


I did however have a turkey leg from this place. I asked about Gluten Free food and the lady was MORE than accommodating. She promised that the legs WERE GF and even pulled out the BBQ Sauce so I could read the label. This is a picture of me eating the SMALL Turkey leg. No shit. The extra large one looked like a fucking ostrich limb. It was delicious.


Now the Stampede is known for it’s beer, lots and lots of beer flows over the ten days. I however discovered this fine gem which is responsible for hours of happiness on my part. 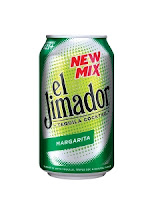 Once again, the Stampede puts on a hell of a party and I loved every second of it. I am going to go nurse my hangover now and dream of all the great GF things I will eat next year! Maybe the pain of  what I now call "DonutGate" will fade by then....