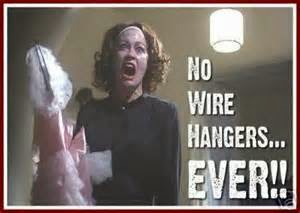 Moving sucks. There are no two ways about it, moving is the worst, most horrific experience outside of being eaten alive by mutant beetles. The never ending cycle of sorting and packing and cleaning and red tape and emails and goodbyes is like giving birth for a month straight. It sucks. People who claim that they love moving are either soft in the head, or liars.

The worst part is the cleaning....

The cleaning, oh the cleaning, it might be the death of me. Now, I run a fairly tight ship here at Chez Lyons. I like a clean house. I don't think I am, normally, insane about this but then again, I don't live with myself. My kid once drew a picture of me. In it, I was vacuuming while wearing jeans and high heels. There was a table in the background with a glass of wine and a laptop on it. If there was a Hashtag 'NAILED IT' moment, that would be it. However, maintaining the level of clean that our house needs to have for this move is beyond overwhelming.

Did you ever see the movie 'Mommy Dearest'? Joan Crawford is depicted in this iconic peep into the mind of the famously crazy.  People quote this movie when they want to share the idea of a controlling, mental, should be locked in a white padded room, detailed level of crazy.

"NO WIRE HANGERS!" Joan yells while she beats a little blond girl in hair rags and pink pyjamas.

Except for the mental, physical, and emotional abuse, fancy mansion, long legs and rampant quaalude use...this is me this week.

Sadly, and I'm not proud to say this, I caught myself hollering, "I'm not mad at you! I'm mad at the dirt!" the other day, which is literally a line from the movie. It was awful. But, things have to be perfect, so the kids are stuck with a watered down, less violent Joan Crawford for a few more days.

You know what isn't perfect? Our food choices. Oh good lord, I think my children may have dangerously high levels of cholesterol by the end of it all. We have to eat out, a lot. There is no point in shopping for a bunch of food that we aren't going to finish by the time we leave. Also, I don't want anyone to cook anything that would mess up the kitchen. Trev tried to use the oven the other day and I leapt at him with a Spartacus level of rage. Make bacon? Are you insane? Did you polish the toaster and clean out the crumbs with a toothbrush? No? Is there a butler around that I didn't know existed? I can tell you that it is very difficult to make lunch out of icing sugar, relish and sunflower seeds.

Dinner decisions are based on speed and cleanliness, not nutrition, and if my kids don't have scurvy by next week, I will be shocked.

My Celiacs has suffered as well. I have not been kind to my gut as of late. I am eating a lot of crap, like frozen gf meals and preserved food. Remember, just because something is gluten free, that doesn't make it good for you. A TV dinner is a TV dinner and food that has a long shelf life, has a lot of stuff in it to make that happen. Stuff that isn't necessarily good for you. Don't eat it everyday because it will rot at your insides. But right now, I don't have a choice and convenience simply must take precedence over subsidence. And you know what? That's okay. I've said it before and I will keep saying it because it appears as though some of you aren't listening.

Mommy Guilt has no place at the table.

Feed your family the best you can today and get over it.

If my house has to be perfect, nothing else can be. So my kids ate pancakes from McDonalds the other day. Did you feel that? Did you sense the judgment coming from other readers? Notice that I said other readers, not you, oh no, you would never judge me for feeding my spawn McDonalds would you? Never.

The kids  were also sent to the store with three bucks each so I could clean behind the couches in peace and they came home with nothing but gummy candies in strangely phallic shapes dipped in salt or sugar or formaldehyde. I don't know, I don't care. I just needed to clean under the couches....again.

Our adventure is officially underway and with any luck, a vegetable might find it's way into our mouths on the way to Halifax. If not, that's okay. I still have wine and the kids have discovered that Cheetos have protein in them. Hashtag, Nailed It.

I gotta go clean something with a toothpick now....