"Your buns could be on Fear Factor!"

The Gluten Free Christmas Extravaganza was a massive success. We had the open house on Christmas Eve. Everything on the table was gluten free. On the menu was; meatballs, pasta salad, broccoli salad, deviled eggs, veggie platter with dip, cheese platter and the chocolate fountain. The baking included; shortbread, banana bread, almond bark, crispy rice yummies and ginger cookies. For Christmas dinner we had of course the poultry, mash pots, sugar carrots, green beans almandine, stuffing and buns. For dessert we had chocolate pie. 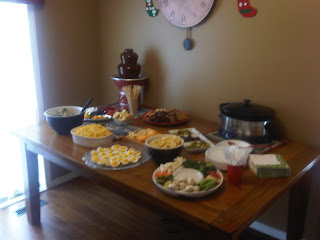 The work started several days before. I made the baking early and spent every moment I could threatening my husband’s life so he would stop eating them Who has a ginger cookie for breakfast? I made the meatballs a couple days before too. On the 23rd I prepped all the platters, made the broccoli salad, the stuffing, the pie and the now infamous buns. I was most concerned about the pie at the time. I had used the Gluten Free Pantry pie crust mix. I have used it before with great success but for some reason this time it would not come together well and wasn’t behaving. It took Trev and I both to wrangle it into the pie pan. I baked it and became even more concerned when it came out of the oven. Part of the edges came apart immediately and shattered upon the floor.  More came off when I started to giggle about it. 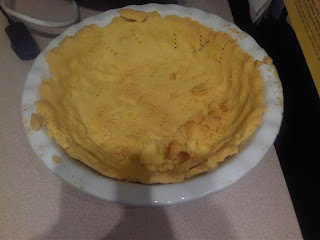 I was fully prepared to toss it and try something else but Trev talked me into keeping it. I made the filling, said a prayer and tossed it in the fridge.  Much to my surprise, it turned out very well. The parts of the crust that were missing weren’t noticeable and the filling was great.


I was also very concerned about the stuffing. I used a mixture of the Gluten Free Girl recipe and Udi’s. I worried for nothing though because I have to say that it was one of the best stuffing’s I have ever had. It was moist and held together well and had great flavors. 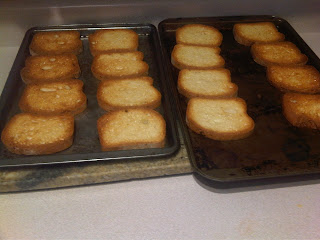 Toasting the Udi's Bread for the Stuffing﻿

Fat Tom the Turkey was great and the veggies were good too. I used Maxwell’s Kitchen gravy mix and just added some drippings to it- couldn’t tell the difference. The thing that I was LEAST worried about was the buns. Number one, they are a minor part of the meal. Even though I used to LOVE those soft scissor buns, so gooey and wonderful, covered butter and dipped in gravy. Like an inmate who forgets what the sun feels like, the bread factor is diminishing to a faint glimmer in my mind. I also wasn’t concerned about the buns because I had a secret weapon - Gluten Free Bisquick. 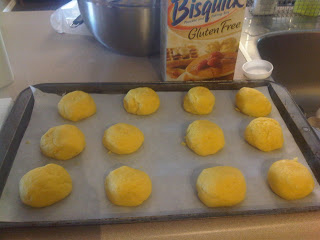 The Buns BEFORE they went in the oven. I had fully expected this to be a bragging shot rather than an impeding doom shot.
It’s wonderful, it’s delicious and it’s not available in Canada. I got this particular contraband from my friend Ashley who travelled to the states and came home with bags of Gluten Free goodness for me.  There are things in a regular Montana grocery store that aren’t’ obtainable at our most specialized health food stores. Getting these treats across the border turns me into a hoarder of the worst kind. I squirrel away the smuggled goods until I find an event of magnificent proportions that is worthy of it. I had exactly two cups of the precious powder left and was waiting to use them for the Baby Jesus’ Birthday.

When I baked the buns, they looked great.  I could only make 12 of them so I didn’t taste them when they came out of the oven and of course, we all know that I should have. When dinner came along, I pulled them out, heated them a little and popped them on the table. I was first to taste the buns and within the first second, I stood to try to sneak them off the table. No such luck.. Trev grabbed one and tried to take a bite. Then he directly challenged my brother to try to take a bite and chaos ensued. Have you ever seen or tried the Cinnamon Challenge? When some fool on You Tube tries to eat a tablespoon of Cinnamon? Google it, then you will get an idea as to what happened at my Christmas dinner. I would have been mad if it wasn’t so funny. They weren’t just dry, they were like powder that was being held together with white glue. The one bite I had completely shattered in my mouth and then glommed itself to the top of my mouth  It was a good twelve minutes before either one could talk again.  There they were, tears streaming down their faces, not breathing except for short gasps, little puffs of crumbs exploding from their mouths as they sniffed and chocked it down. My brother is trying to yell, “It’s like sand! Like sand! How? How did this happen to bread?” But you could barely understand what he was saying. The kids of course thought this was the best thing ever and were jumping up and down with glee watching daddy and uncle battle it out. We perfomed science experiments with the buns after dinner. We used colored water to prove that they really did suck all the moisture out of your mouth. 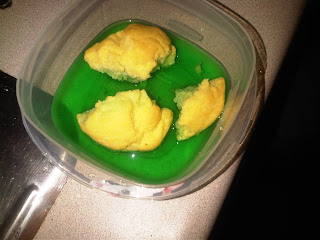 The beginning of the experiment. 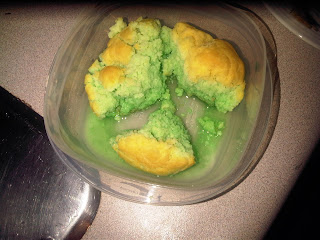 Ten Seconds Later...... this is what the buns did to the inside of your mouth

My brother took the rest of them for his six grade class to perform more experiments on. I didn't want to know the details. The bun incident will go down as one of the funnier moments in the history of Christmas. So at the end of the day, my brother did laugh so hard that he fell off his chair but I still consider The GF Extravaganza a success.


I have been focusing a lot on the food but it’s not really about that. None if it ever is. We make a lot of stuff about food, too much. On Christmas Eve we had about fifty friends and family move through our home spreading love and joy. I cuddled babies and hugged toddlers, laughed with my dearest pals and celebrated a friend’s engagement.  Yesterday, Santa came, ate my gluten free cookies and left some sled marks on the lawn in the snow for the monkeys to find. He’s a genius that Santa. Then we sat around in our pajamas, went skating, went sledding, played an epic game of trouble and laughed a whole lot. The food is the background, the sideliner and should always be that way. Christmas certainly was an Extravaganza but not because of the food…..because of the people I surround myself with.


I will add the recipes to the side bar of the blog. Enjoy.
Posted by Laurie Lyons at 13:19